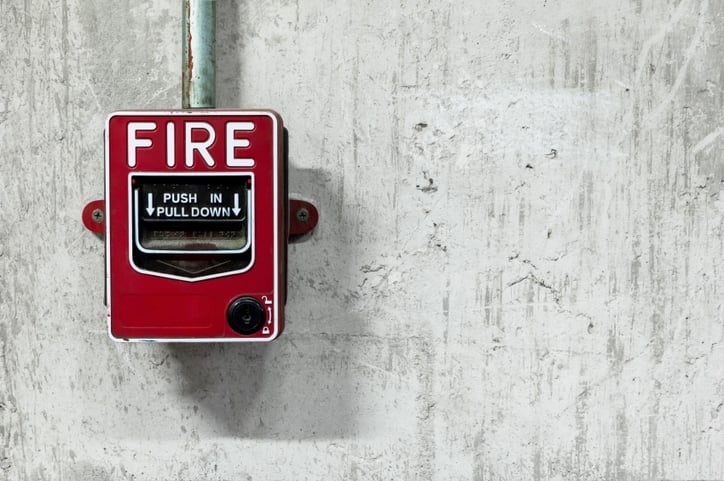 Sometimes you get so stuck into the daily routine of work that you forget that something could happen. A pipe leak near the server room, electrical failure that fries your machines… There are a lot of potential disasters that could be catastrophic when it comes to your data and business. Have you ever considered what would happen if you lost all your business data? What if you went to restore a backup that didn’t work or you discovered your backups were failing and the forensic team couldn’t recover anything? I have seen it happen. We don’t give much thought to how we should proactively manage our business assets – but here are 5 office disasters that will make you reconsider disaster planning.

Fire sprinkler malfunctions.
Fire sprinklers can malfunction from overheating, freezing, mechanical damage, corrosion or from human sabotage. You’ve likely seen those signs in hotel rooms instructing not to hang clothing or other objects from fire sprinklers – this is because the most common sprinkler malfunction comes in the form of human error. While your chance is, according to Confires.com, 1 in 16 million of having one of these things happen. The fact of the matter is that doing your diligence and having a plan in place for this eventuality is going to not only ease your mind, but ensure that you’re prepared if and when this scenario occurs.

Building fires.
Whether from faulty electrical or arson, building fires are a very real threat for business owners. Here’s a pretty stunning statistic: “70% of businesses either do not re-open or fail within three years after a fire.” If there’s not some sort of business continuity, cloud or recovery option in place – the odds are not good that you’ll even be in business following this disaster.

Pipe leak.
Old buildings make for charming offices, but also contain aged plumbing and electrical systems – which can be a potential hazard for tenants. You can never be sure what’s lurking within the walls of your office space. A simple pipe or air conditioning leak (particularly in the hot summer) could cause the ceiling tiles above your workstations or server room to leak, damaging equipment and compromising data assets and productivity. Having a Plan B in place or at minimum a backup solution could make or break your business.

Electrical Surge or Panel Failure.
While we always put surge protectors and battery backups on any workstation or server, technology is not 100% failsafe. A quality surge protector might protect your equipment from a standard high-power equipment surge, but less so from a lightning strike or grid surges that often occur during storms. Florida has more lightning per square mile than any other state in the country and this is particular true during hurricane season. Having an appropriate plan for this potential eventuality is crucial.

While we do try to raise awareness surrounding the disasters from major storms in Hurricane season, the reality is that disaster can occur year-round. Having a solid insurance policy and backup system are only part of the equation – make sure that you have a strict plan in place for all of the logistics surrounding equipment replacement and workflows as well to avoid lost productivity.

Goldilocks and the Managed Services Provider: Which IT Company is “Just Right”?