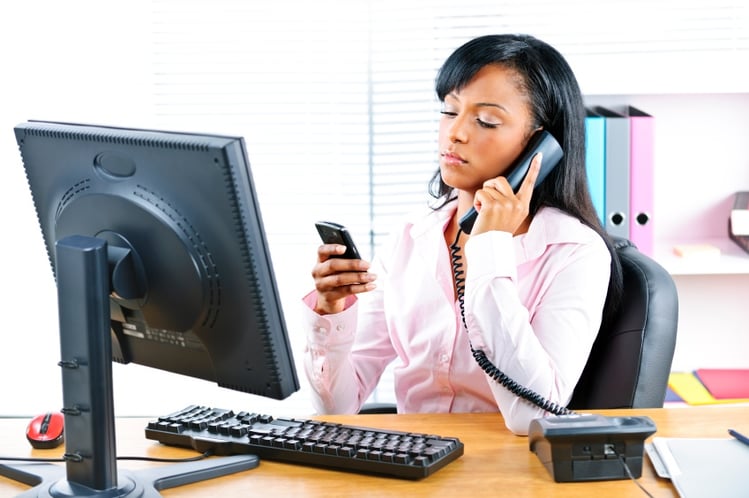 In a hyper connected world where a watch can tell me my heartbeat and calorie burn, where it can govern my schedule, give me directions to my next meeting, show me thousands of notifications from all my apps and tell me how often I should be standing up – it’s no wonder that we’re a little stressed out. I recently read an article on CIO.com that blamed the mentality and generational personalities of Millennials for the increased stressed experienced in the workplace by IT workers. As a Millennial myself, I immediately took offense to this. Obviously the IT worker deals with significant stress on a day-to-day basis, but are IT workers more stressed out than the average person? The study they cited said yes, which reported that 78% of IT workers considered their job stressful. It even went so far as to blame Millennial users for stressing out IT workers because of their familiarity with technology that demanded a higher learning curve from their support team. I had to laugh at this one. Some people claim that there’s a Millennial to blame, but personally? I think there are other forces at play here. Check out the real reason Millennial workers (in all industries and departments) are more stressed out.

The smartphone and interruption.
Let’s take it back to the old days of business. Less than 20 years ago, business was done mostly via paperwork, phone calls and meetings. The car phone was a luxury and mobile phones were massive bricks just being introduced. Work moved at a snails pace. There was no automation, little productivity focus and no one was expected to work past their standard hours. Fast forward to today? Over 85% of Generation Y own smartphones. And that stat is from 6 months ago, so there’s no doubt it has increased since then. We’re constantly interrupted by every app imaginable. We’ve got apps to manage our apps – and that’s particularly true for the tech community, who are the earliest adopters of technology. In fact, I’d like to see a study on what percentage of Millennial IT workers own smartphones. I’m betting the statistic looks a little like… 100%. No one can deny that interruptions increase stress. According to a story from Scoop.co, interruptions account for 28% of lost productivity per day – no wonder employees are stressed out! They’re behind from being interrupted all day long by smartphone notifications!

Social Media.
Just 10 short years ago, MySpace and Facebook were barely a thing and social media was just starting to gain momentum. No one has been as distracted by social media as the Millennial workforce. In fact, a 2013 study had the number of employees blocking social media at work up from 29% to 36%. While social media and multi-tasking are a huge part of business marketing, it can severely hamper productivity and has even been shown to have a negative impact on cognitive control. Our 24/7 connectivity has even been proven to increase rates of depression.

After hours e-mails.
One of the “perks” of being connected means that you have 24/7 access to e-mails. Business owners like this and employees like it as well. Remain connected to your work, handle issues as they arise and continually be caught up so you don’t have spend hours in the morning on the mountain of e-mails that have come up while you were away (since everyone now works after hours). But what our hyper-connected Millennial minds fail to take into account is that 80% of Americans spend an extra DAY every week working after hours because of e-mails and phone calls.  The statistics in the article get worse: “Half of those surveyed said they start checking work email from bed in the morning, while 69 percent said they logged in again just before going to bed.” How healthy is that? Are you happy or worried to know that your Millennial workforce (and even non-Millennial employees) are thinking of their job first thing in the morning and at night. I can’t imagine the hours that they’ll spend trying to fall asleep if there’s a pressing issue that they believe can’t wait til morning.

It’s not hard to see why the Millennial workforce may be a little overwhelmed and stressed out. Before you go writing off your younger generation of workers, it might be time to help them manage their workload. Force your employees to unplug for a certain period of time, take vacation and enjoy life. Introduce meditation in your office or suggest a meditation app. Have employees turn off notifications on their phones or make suggestions to help increase their productivity. Rather than blaming the Millennial workforce for being unable to handle their workload, help them to better manage the continual stream of data and information that’s coming into their 12 iDevices. The better balance that your employees can find, the less stressed they’ll be. It’s a win-win situation. But don’t chalk it up to a mentality or failure to handle stress. Millennials are people, too.

Is a Google IT Guru Handicapping Your Organization’s Technology?